A brief history of The University City Summer Band

University City's community band concerts began in 1961 with performances held in Heman Park and Metcalfe Park on Monday nights in June and July, but the city's concert band disappeared from the scene after 1970. A new Monday night series, the Starlight Concert Series, started in 1971 and gained in popularity, offering appearances by the most popular combos of the day.

The University City Summer Concert Band was revived in 1997, under the direction of Dan Presgrave and was directed by Ken Thompson during the 2000-2002 seasons. The band has been under the direction of Thomas Poshak since 2003. The band is financed through government grants, corporate and individual donations and program ads. Rehearsals are one day a week (Monday) and six Tuesday evening concerts are presented during June and July. These outdoor concerts where held in the Market at the Loop on Delmar in University City from 1997 to 2015.

Over 90 volunteer instrumentalists from all walks of life make up the complete roster of the UCity Summer Band with 60-70 performing at each concert. While primarily adults, some college age students and select high school students are included in the makeup of the band. Many of our members participate in other community bands and orchestras in the St. Louis region.

Thomas Poshak received his Bachelor of Music and Master of Music degrees from the University of Michigan. He retired in 2001 after a 30 year career as a high school band director. Mr. Poshak taught in the US Virgin Islands, in Ladue, Missouri and was the Band Director and Music Coordinator for the Kirkwood School District from 1985 until 2001. Under his direction the Ladue Symphonic Band performed at the MMEA convention in 1982, and the Kirkwood Symphonic Band received Honor I ratings at MSHSAA Festivals for twelve consecutive years and Gold Ratings at music festivals in Atlanta, Chicago and Nashville. He has held offices in the Missouri Music Educator's Association, Phi Beta Mu and the St. Louis Suburban Music Educator's Association and is a member of the Music Educators National Conference, Missouri Bandmaster's Association and Phi Mu Alpha. In 2001 he received the Music Educator of the Year award from the SLSMEA and in 2004 received the Hall of Fame Award. He also is the assistant conductor of the St. Louis Wind Symphony. 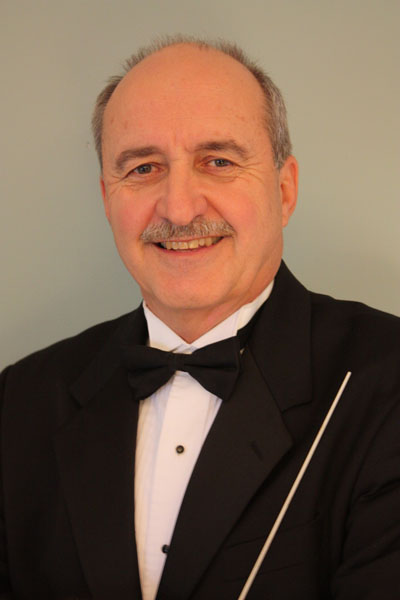